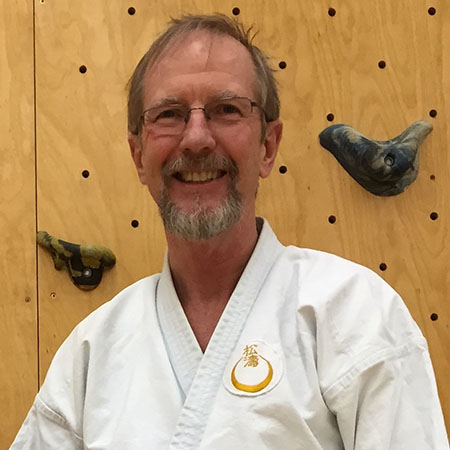 Chief Instructor, Paul Sexton, trained as a boxer for five years, spent a year in Aikido, trained for three years in Jiu Jitsu, and has trained in karate and traditional Okinawan weapons since 1980. He is a sixth degree black belt in Shotokan Karate with the Gima-Ha International Karate Federation (GIKF) and on their technical committee. He is also a black belt with the Tesshinkan Ryukyu Kobudo Association. and holds a branch dojo teaching license (Shibucho) with this group.

He retired in 2013 after 35 years as a high school teacher where he taught English and Leadership. 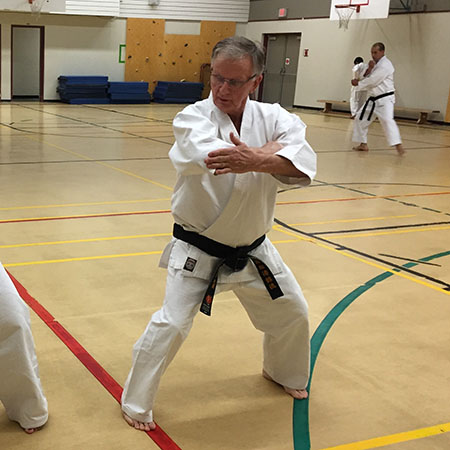 Sensei Ted Gosling is a 5th degree black belt and member of the Gima-Ha Grading Panel. He started training in the early seventies at the original Abbotsford dojo with Sidoli Sensei. He has trained with masters such as Nakayama sensei, Nishiyama sensei, Narumi sensei, Kobayashi sensei, Richard Kim, and Wally Jay. He has also trained in Jujitsu and Kobudo. He retired from the real estate profession after 36 years during which he spent six years on the Fraser Valley Real Estate board as a director.